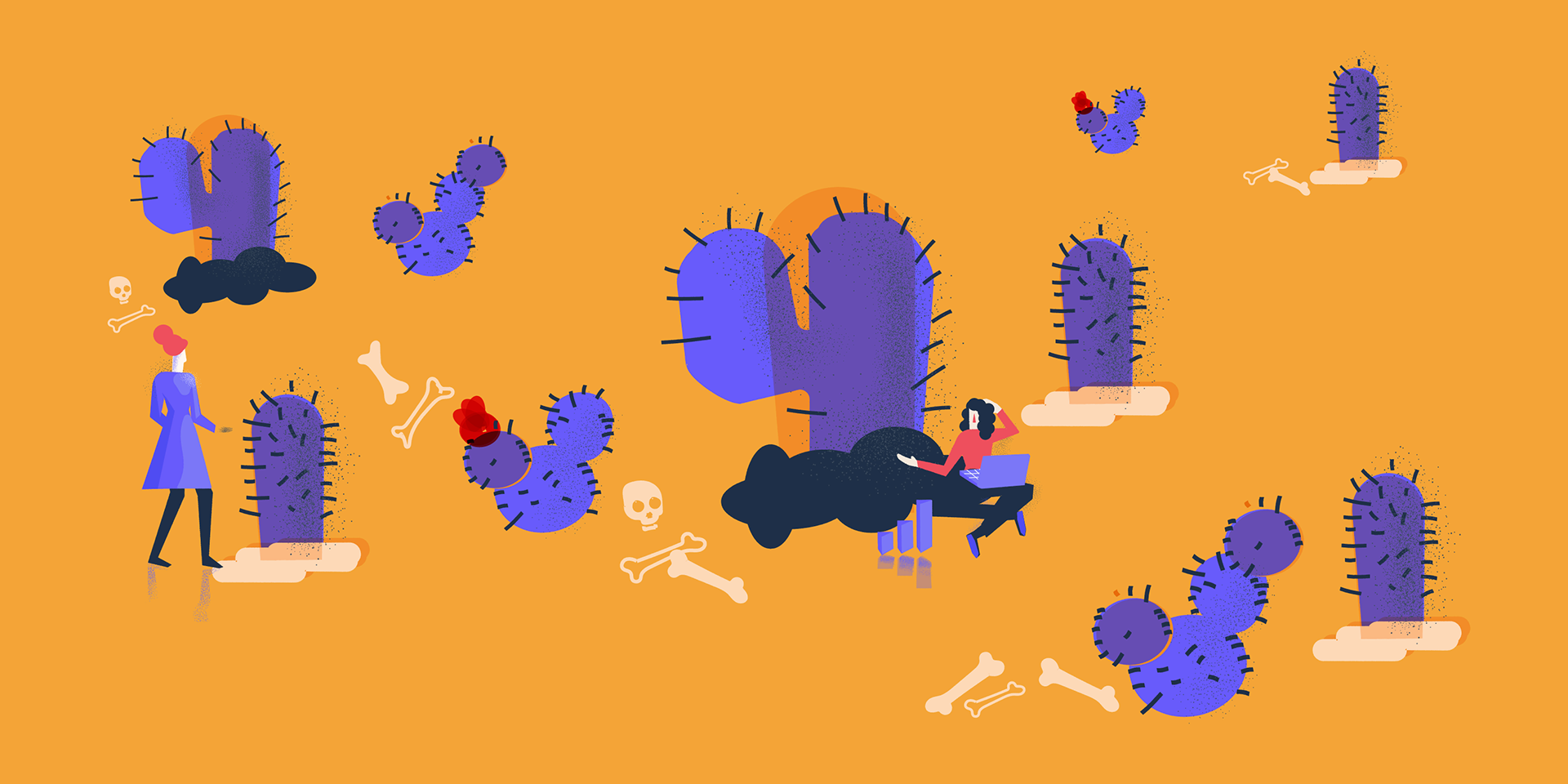 We have been running Prowly app for more than one year. We launched our app in the end of 2013, so 2014 was the most important year for our business in Poland. After launching in beta we have verified market need and on that basis we prepared next iteration of our product – Prowly 1.0. Prowly 1.0 launch was the beginning of a real battle (fight?) for the biggest clients in Poland and verifying our long-term plan for sales. 2014 was full of rises and falls for us. That kind of experience can give you only working on your own startup. 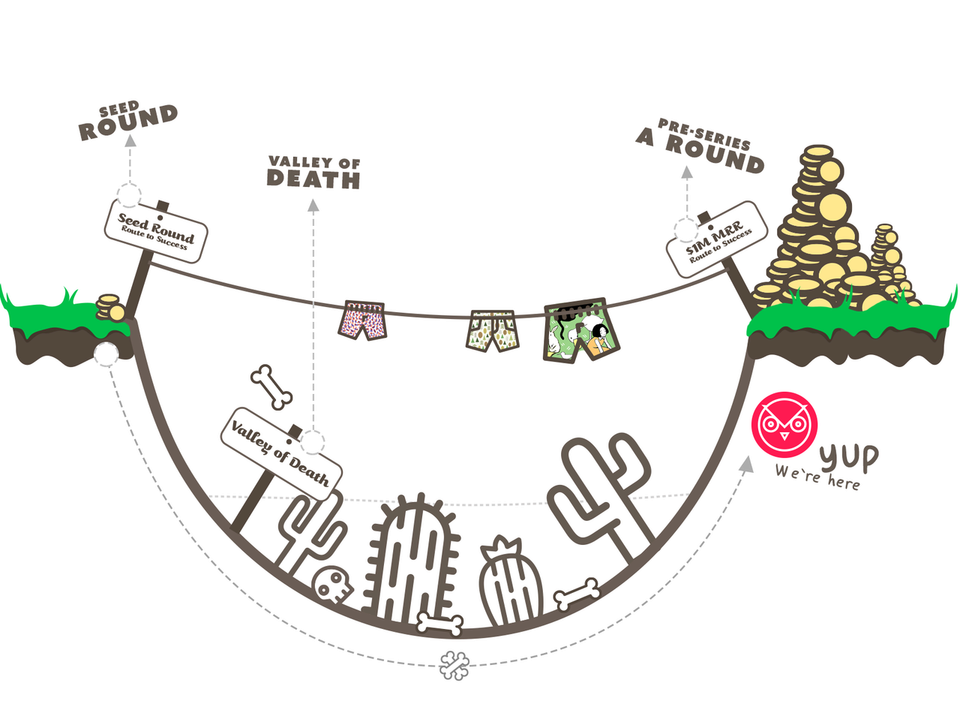 A heart brings you many bad ideas when you are in love with your project. But, if you are not, it is hard to succeed. That is why you need to fight with yourself, with other’s opinions and your own feelings all the time. This kind of fight is clearly visible in the Excel presenting the income statement. In our team we are not able to count the updates. While reviewing them you can easily see when your brain have started to be this good adviser. I still remember when on the question: When you will work out break-even point? I answered: Our Excel shows middle of the year. LOL. No. So much no.

Patience is a virtue – WTF?

The struggle between the brain and the heart is also the kind of struggle with the elapsed time. Heart is always inpatient and demans everything NOW – starting from an e-mail of our potential customer, through the new funcionalities of your product ending on the investment decision of venture capital. It always takes too long but will never take less. And this is good because your brain has a chance to show off. How come? We planned to launch Prowly 1.0 in July’14. We have a small dev team (then it was just one person – Sebastian) so we didn’t meet the deadline and finally launched Prowly 1.0 after 3 months more (!). During that time we had a chance to verify our sales approach and to plan Prowly 1.0 marketing campaign. If not the development problems we woudn’t hire Adrian. He is 20-year-old talented junior ruby developer and helps Sebastian in all daily development routines. Our team has strengthened, so through the prism of time I really appreciate which does not change the fact that it is still really frustrating for us to wait for someting all the time.

This question perfectly captures a grief to the world that nobody understands you – that clients are not educated, it is difficult to automate sales or investors don’t give a damn. Some of us shout louder, others hide the grief under the pillow or pretend everything is ok. In Poland we do not actually like to talk about the real problems in businesses. When somebody asks: How is it going? most of us answer: Perfect! We have more that 100 clients and we talk with the big venture about the investment although the truth is that these 100 clients pay low and we don’t know how to monetize them more and the venture has promised us to return with the feedback two months ago.

In the Prowly team we have some experience on that field as well. At the seed stage (in the middle of 2013) we gained the first round of financing from Polish venture – IQ Partners. Thanks to these funds we created Prowly MVP.

Several months after MVP launch we also acquired Polish business angel (Lech Kaniuk, co-founder of PizzaPortal.pl – now part of The Delivery Hero Network) who became one of our shareholders. Thanks to the press release it looked like one of these BIG investments on the startup market in Poland even if it wasn’t. Anyway, after several months current cash was ending so we have started to look for the round A. It was in March 2014. We had meetings with the most ventures in Poland and the negotiations with some of them took us almost half a year. It was like a vicious circle and honestly we were not happy with the proposals. That is why we finally decided to run into a debt. We made a cold calculation and came to conclusion that this whole situation distracted us in our daily actions – in sales and development which were priorities in that time. And we have never announced that in the market although it was probably the most important business decision for us so far.

2014 was an amazing year for us. Our profit and loss account goes systematically up. We have verified market need in Poland. We gained clients such as PR departments of Ikea or Spotify. In Poland our brand is recognizable and strong.

Our story shows that sometimes a simple need to solve everyday problems accidentally sets up the foundation for something bigger. That is, if you have the guts to do it and if you meet the right people to share and expand your vision with. In our team we hope that Prowly will become Salesforce among the CRM’s dedicated to PR professionals all over the world. Meanwhile, we are trying to be patient.

Adapt or Die - Inside Prowly

Through technologies dynamic development, we live in an ever-changing reality and the way we communicate is the fastest to evolve. For start-ups in this market it’s an advantage and also a curse. Those who observe, analyse and adapt will survive.

Startup Lessons Learned in 2016 - Inside Prowly

To me, Prowly feels like the greatest lesson of humility. I feel that I will never be able to learn as quickly as I am learning now - it is both the advantage and disadvantage of running your first startup. Here is a collection of the biggest lessons I learned in 2016.

Prowly App: How We Got From a Vitamin to Becoming a Painkiller

A while back, my co-founder Sebastian made an observation that in contrast to for example, e-mail marketing or online monitoring tools which are like antibiotics, Prowly app is more like a vitamin for those in PR. That’s because we weren’t like a first aid remedy, but ra...

It's been almost a year since we at Prowly closed our pre-A series round of financing. This is the story behind the scenes. Because behind every success there is a lot of everyday struggle.